In this post, we’re talking all about the great achievements of some of our female scientists.

We’re off to the Former Soviet Union to talk about cosmonaut, engineer and politician Valentina Tereshkova. 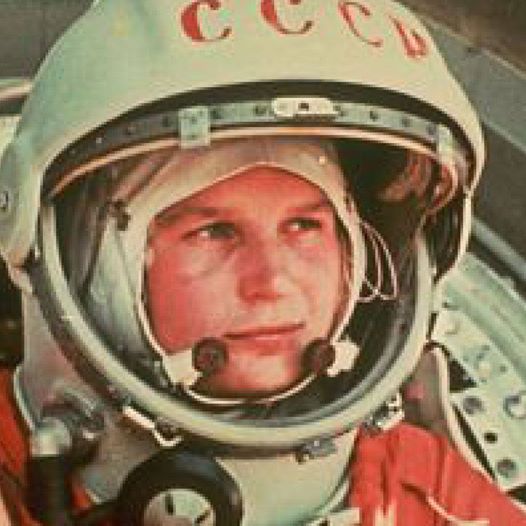 Tereshkova was the first and youngest woman to have flown in space and is still the only woman to have completed a solo space mission. She also had an interest in skydiving, something that would help her to be selected as a cosmonaut.The Soviets formed a group of female cosmonauts, mainly because they wanted to beat the Americans and have the first female in space. This group of five included Tereshkova, and training began in earnest in an effort to beat the US in all things space.

In June 1963 Tereshkova became the first woman in space, and the youngest, at just 26, and is also still the only woman to fly solo. She orbited Earth 48 times, spending 2 days, 22 hours and 50 minutes in space in her craft, named Vostok 6. To get home, Tereshkova had to make a parachute landing, where she ended up 620km northeast of Kazakhstan, having dinner with the villagers near her landing spot after they helped her out of her spacesuit.

Later on, Tereshkova earned a doctorate in aeronautical engineering while also working as a politician – a job she still holds today.

Professor Simmons works in the area of physics and quantum physics and we’ve chosen her as a great example of a modern-day female scientist, carrying out world-leading research in her field.

Prof. Simmons works in the area of nanotechnology, that is, the manipulation of matter on an atomic, molecular and supermolecular scale (so really really small!)
Not only is Prof. Simmons and accomplished and well-respected scientist, she is also paving the way for females to choose science as a career, by speaking out on the standards of physic education in Australian high schools, and encouraging girls to pursue careers in science and technology.

Next up, Curie. Not Marie Curie, who of course won the Nobel Prize twice for her work in physics and chemistry, but her daughter Irene Joliot-Curie, who, jointly with her husband Frederic won a Nobel Prize in Chemistry in 1935 for their discovery of artificial radioactivity. 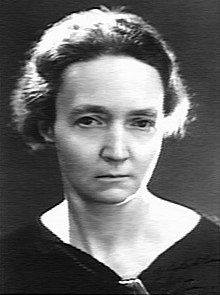 What they found is that they could turn one element into another, such as creating radioactive nitrogen from boron, phosphorus from aluminium and silicon from magnesium. This happened at around the time that the use of radioactive materials in medicine was growing, and their discovery allowed these materials to be created quickly and cheaply.

Sadly, all this exposure to radiation led to a diagnosis of leukemia for Irene, although she continued to work up until her death in 1956.

The Curie name lived on however through Irene and Frederic’s two children Helene (a nuclear physicist) and Pierre (a biochemist).

Today we’re talking about Grace Hopper. Hopper was a pioneer of computer programming, developing a programming language based on English that computers could also understand. With a Ph.D in mathematics Hopper joined a team in 1944, developing a “compiler”. This converted English terms into machine code that computers could understand. She then went on to work with the US Navy to implement various network systems and work on further programming languages.

Hopper ended up in the Navy reserves after the Navy decided she was too old to join and serve in WWII as a 34 year old. Ironically she then tried many times to retire, but kept being recalled back to duty, finally retiring as the oldest active-duty commissioned officer at the age of 79, but still working in other roles until her death at 85.

Hopper was awarded 40 honorary degrees during her lifetime, and posthumously was awarded the Presidential Medal of Freedom by President Obama.

If you have a daughter interested in a career in STEM, then a great place to start is by letting them explore. Trials for Experimentary are free and a great place for young ones to hone their love of science.